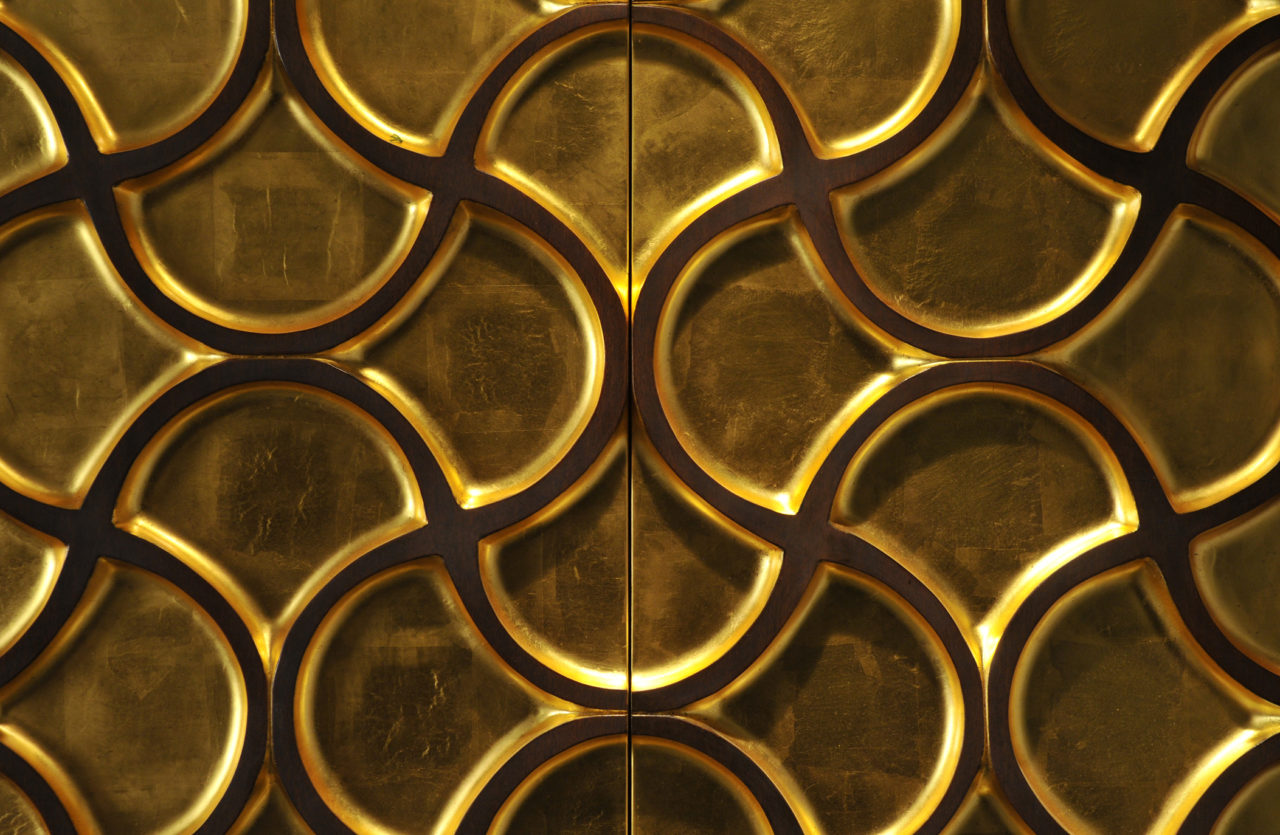 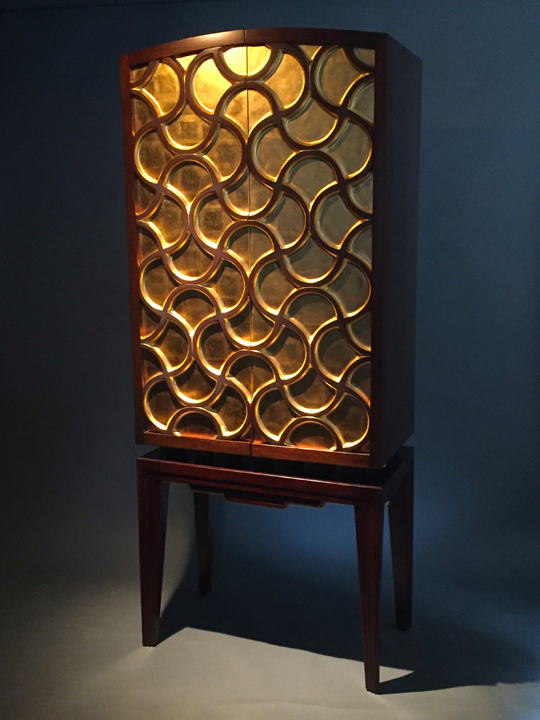 Inspiration Can Come From Anywhere

Shortly after I was accepted into the Architectural Digest Design Show http://addesignshow.com for the spring of 2018, I found myself in conversation with my friend and fellow artist, Janine Lambers http://janinelambers.com.  She wanted to share this beautiful book on perfume bottle collections with me. Masterpieces of the Perfume Industry, was written by an acquaintance of hers, Christie Mayer Lefkowith, and it highlights the origins of perfume, it’s history, and it’s unique role in French culture. It also shared how the industry blossomed into a burgeoning creative force and how Paris became the epicenter for all things fashionable.

As the two of us slowly wandered through the pages, we were stunned by the intricacy, and attention to detail that each fragrance container received, as well as its packaging. Those who came up with these insanely gorgeous designs knew that presentation was nine tenths of the game. One bottle in particular stood out, and became the inspiration for my Gold Leaf and Mahogany Bar because of it’s outrageous gold and black exterior. I must confess, the doors for my piece are quite similar, so the original idea belongs to someone else. None the less, Janine’s talents and expertise brought my gold leaf and Mahogany bar to life!

As the show began, I decided to tease people a little by leaving the doors slightly ajar. I wanted to encourage their curiosity. Most proceeded with caution and when they opened the piece, they discovered a totally different landscape within. The inspiration for the interior came from the packaging for another bottle in Lefkowith’s retrospective. The classic yellow, black and cream color combination just screamed, “Deco,” so I ran with it. 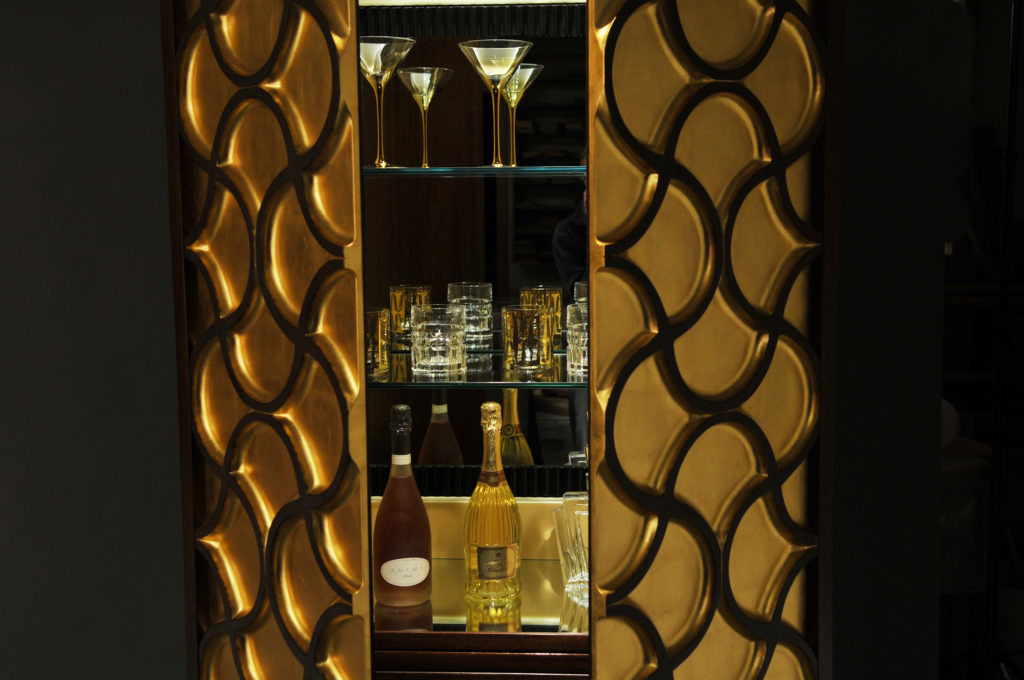 In December of last year, I finalized my thoughts regarding my gold leaf and mahogany bar and spent quite a bit of time mapping out the features within the cabinet portion of my piece: the drawers, the mirrored pull-out tray and the electrical components. In January, the Mahogany dust began to fly and the piece started to take shape. The entire project took about 280 hours to complete.

As for the bar’s interior, the rippled black lacquer frame for the mirror was the first element to be created. The theatrical oval ceiling fixture was a bit more involved because I wanted to add a frosted glass panel to soften the hard light from the LED’s. How this removable fixture was going to stay in place was the puzzle, but like most things, the solution came to me once I stopped thinking about it. 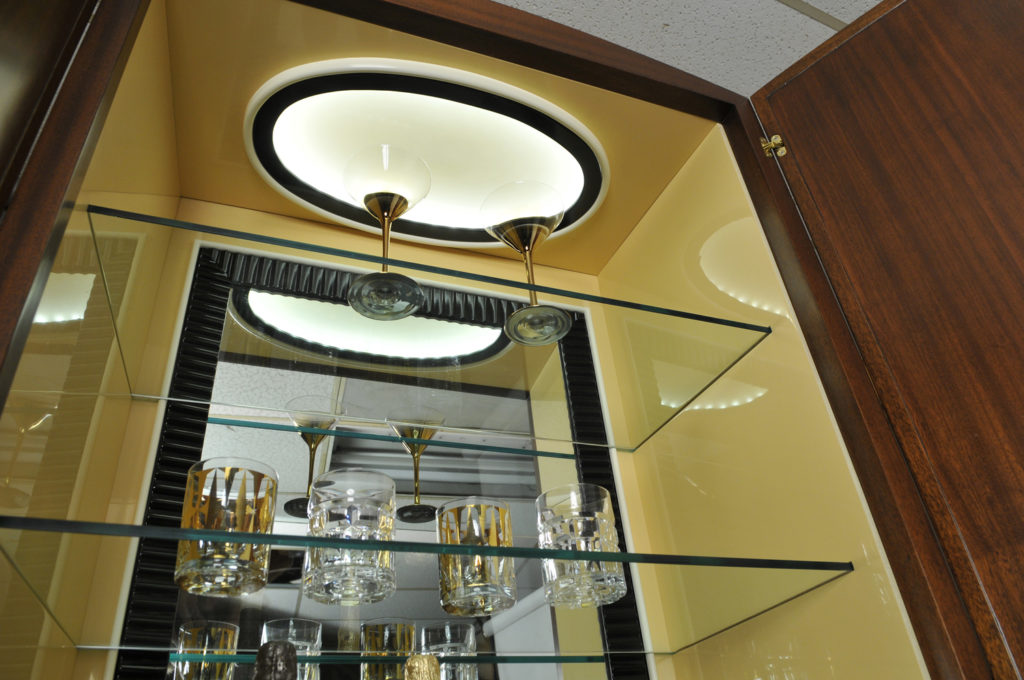 As I worked on the internal components, I found it necessary from time to time, to see how the pieces fit. On one occasion, I became distracted and failed to fully install the yellow side panels leaving them at a slight angle which created this shadow box effect. My oversight was a stroke of dumb luck because it really enhanced the look of the piece, so I made it a permanent solution.

The doors, however, were much more involved. Not so much the mahogany frames, but the intricate gold leaf panels themselves. Beginning with a large sheet of veneered ultra light MDF, I mapped out the design and then employed a specially designed jig for guiding my router. It took a couple hours to rough-out the shapes, but the real work began when each shape needed to be sanded out by hand. It took hours, but eventually each custom fit half was slid into it’s mahogany door frame.  Then a coats of ruby red dye, and a coat of mahogany stain were applied to create the warm red undertones for the gold leaf. 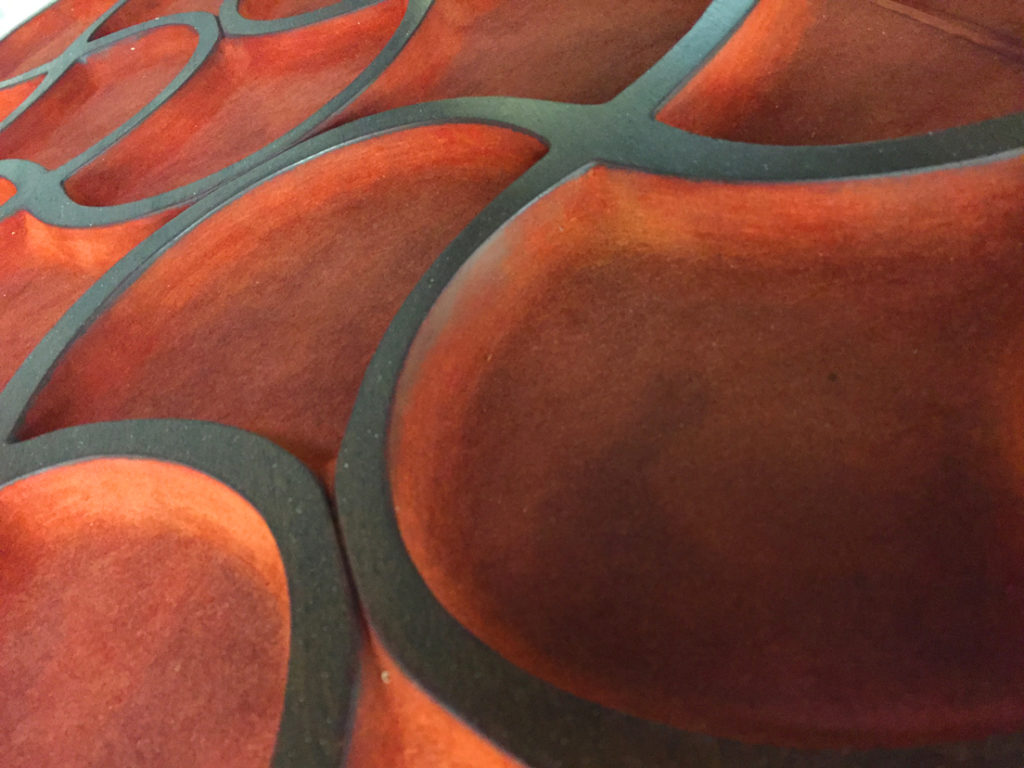 After several layers of lacquer and sanding till my fingertips were raw, I gladly relieved myself of these panels and marched them over to Janines’ for gilding. I knew full well that her gold leafing would transform these panels into something special. 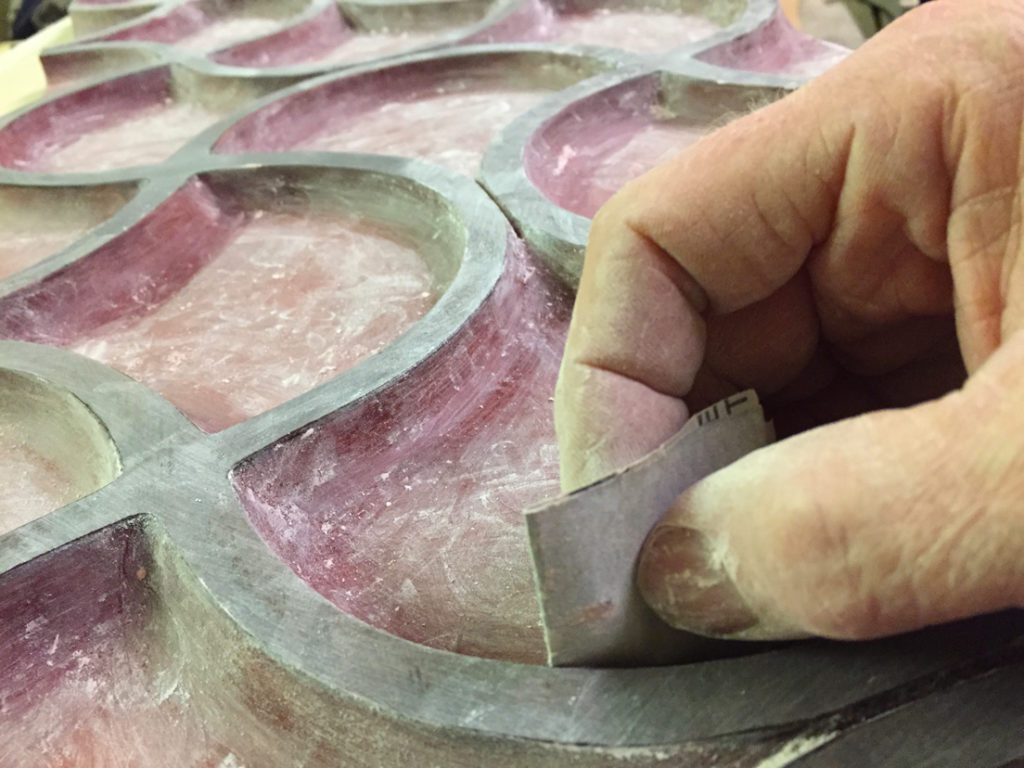 All along, I knew my Gold Leaf and Mahogany Bar needed to be a marriage of two pieces. The legs were made of solid mahogany and received their stair stepped detailing with a specially designed jig for my router. The scalloped shapes between the the top and bottom halves were something I’ve always wanted to do, and came from some leftover crown molding. It pays to save your scraps. As a final touch, I added a thin band of gold leaf to each apron piece with the idea that it would visually tie the top and bottom pieces together.

Quite a few designers came up to me at the show and freely shared their thoughts and appreciation for all the hard work that went into creating my gold leaf and mahogany bar. Their comments suggested that I was a relic of the past, but I knew what they meant and proudly accepted their compliments.