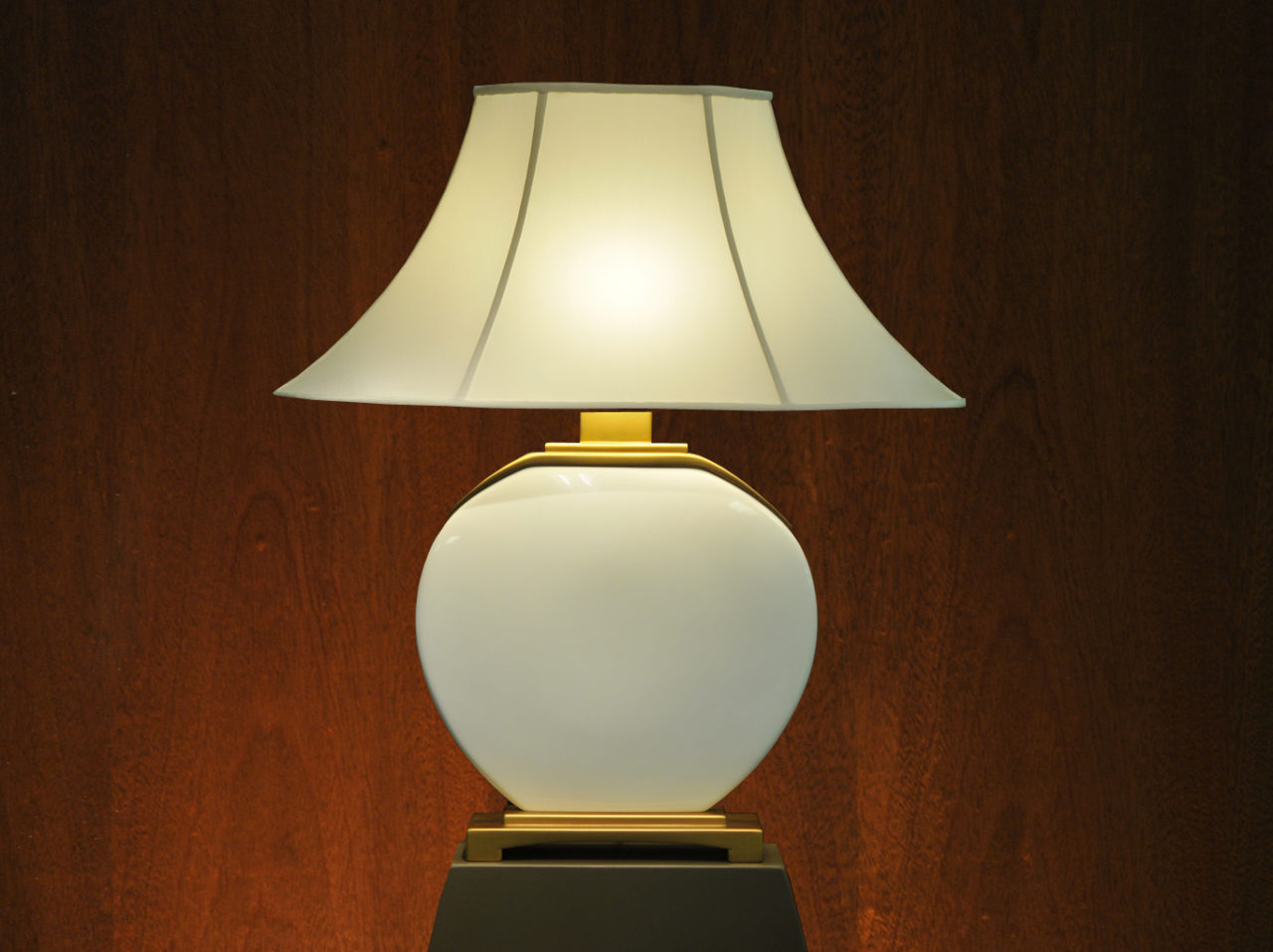 2017 was a very creative year for me as I began to explore new areas of furniture making. It was during this year that I was given a book on the history of the perfume industry and was inspired to create my White Perfume Bottle Lamp.  Within this encyclopedic source, I found so many outrageous examples of creativity and say more about it in my Gold Leaf and Mahogany Bar  post.

So, with this new source in mind, I sought to create something polished and refined.  A lamp in my parents’ home came to mind and featured this large glossy white porcelain egg held in place with a gold metal cap and base. Unfortunately, these aren’t  materials I work with, so I did the next best thing. Improvise.

Mapping Out The Components

I began sketching and fooling around with materials in the shop.  I’m not exactly sure where the final shape came from, but it was unusual and I liked it.  But before moving ahead and creating this piece, I needed to ask some tough questions:  Had the idea lingered my mind long enough to be deemed worthy of my efforts?  Would the proportions be pleasing to the eye and would it be something admired for years to come?

What It’s Made Of

I thought so, and so began to trace the body of my lamp on a piece of cardboard and then began hunting around the shop for suitable building materials.  The body of my White Perfume Bottle Lamp is made of medium density fiberboard MDF which is fairly simple to shape and finishes nicely.

The base resembles those of my silver leaf and palladium lamps Silver and Palladium Leaf Lamps , and is something I’m kinda stuck on. It’s made of mahogany and finished with a lacquer/bronzing power combination.

The cap piece consists of multiple layers of black walnut veneer that have been held in place over the lamp and laminated together.   The resulting “block” was trimmed and sanded to create the final form and then finished like the base. 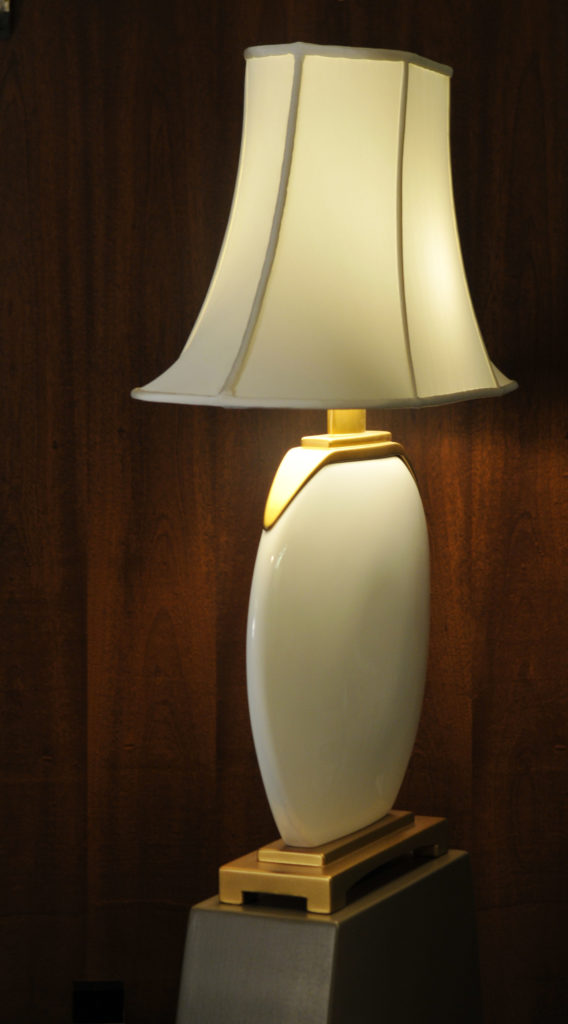 This is where things got tricky.  Normally, I map everything out before I build, but in this case, I backed into the last phase of this endeavor.  Building first and then wondering what the shade might look like.  But I had a strong idea of what I wanted: A traditional pagoda style shade that had been thinned to reflect the shape of my lamp.

Of course I didn’t produce it, but did take my drawings to the gentlemen at Oriental Lamp Shade and they created it just in time for me to show it at the spring 2018 Architectural Digest Design Show http://addesignshow.com.

My lamp garnered a lot of attention and many took note of how thin it is.  They said it was a cleaver design and that it would fit nicely into a tight NYC apartment.  I agree and am glad that I took the time to produce it.