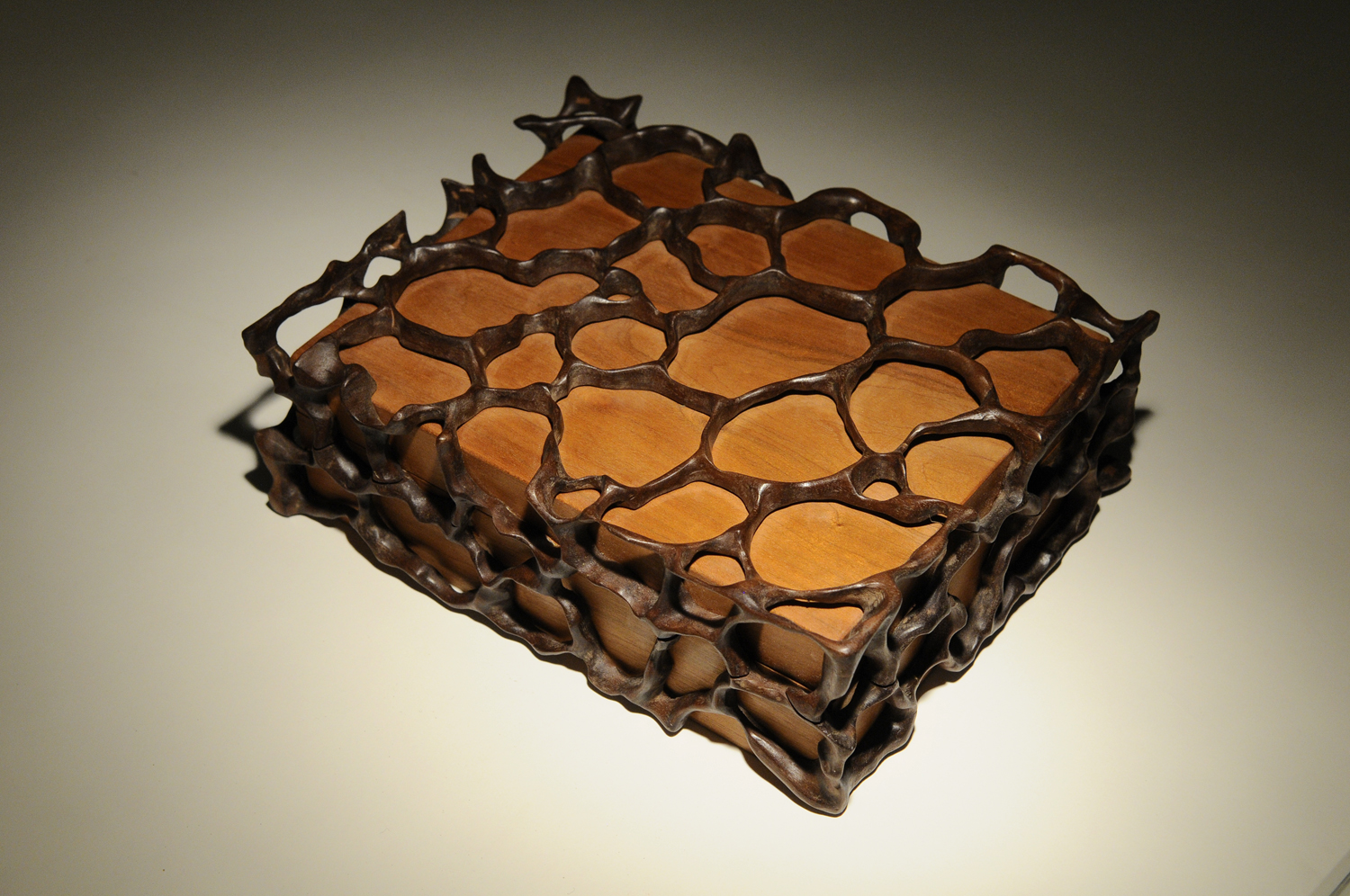 I got this crazy idea one day and decided to make a Cherry Box with a Black Walnut Lattice. As a lover of nature, I like to study what passes before my eyes and sometimes dare to see if I can replicate mother nature’s beautiful creation in my workspace. Was the black walnut lattice meant to represent grapevines? Not really, it was just some kind of organic effect that only I would be crazy enough to attempt.

So I began by building a cherry box within a walnut box and then sliced the two apart. The cherry box was removed and the walnut halves were placed on the drill press. This was where the fun began. I bore holes in the top and sides and then took out the Dremel. For hours, I carefully roughed-out the lattice pattern, slowly turning fine quality wood into sawdust. Sometimes I cut too quickly and broke the lattice connections, so repairs were needed.

In time, I put my Dremel away and began to smooth off the rough edges with fine strips of emory paper. Countless hours passed by and my skin became raw. So much so, that I needed to walk away from the project for a week or two. In the end, however, I prevailed.

Finally, the momentous day came when the estranged black walnut lattice was reunited with its cherry companion. It felt really good bringing the two elements together because the two had been apart for almost a year.

The final step involved coating the piece with several layers of salad bowl oil. And that’s when the dusty wood colors revealed their natural beauty and my Cherry Box with a Walnut Lattice came alive!

In the end, this little piece really doesn’t have a purpose, other than being an exercise in creativity. Yet it was a cool project and I’m glad I did it.