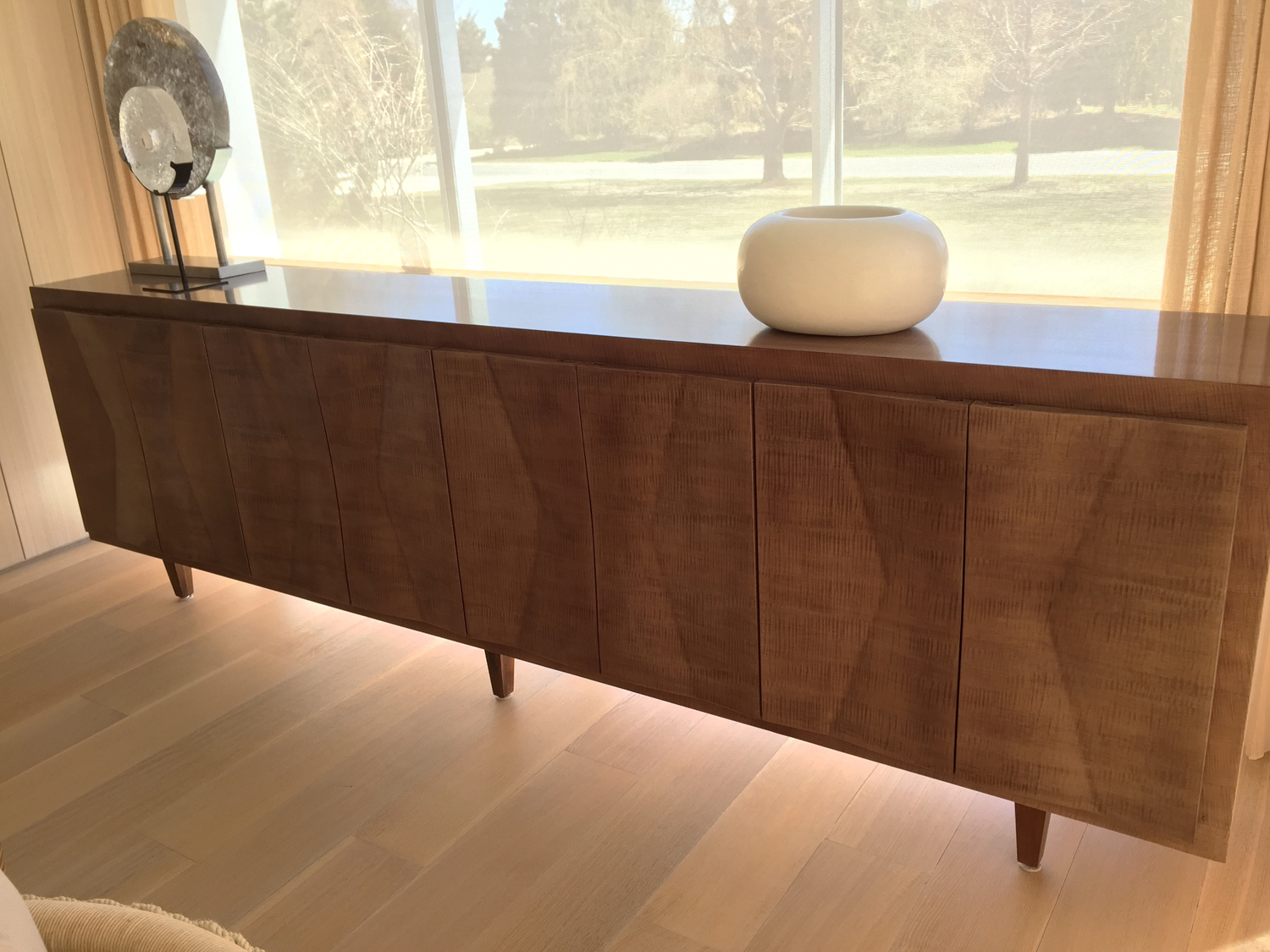 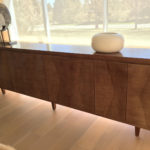 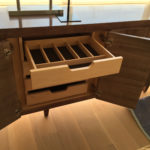 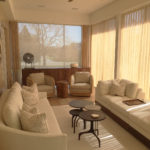 Design and Construction of the Console

My colleague, Penny Baird of Dessins LLC ( http://PennyDrueBaird.com)asked me to create a storage console for her clients’ Bridgehampton home. They had asked her for something that would act as a storage piece, yet remain elegant in their new entertainment room. So I pitched two different woods for this console: Burled eucalyptus and figured English sycamore. The latter won the day because the veneer was long enough for the piece.

As you can see, the doors have this unique “indented” feature which was a challenge to create. Each was made in halves, joined together and then edged with solid sycamore prior to veneering. Both the exterior and the interior received veneer, which was applied using a vacuum press. It seems I’m one of the few in the Hudson Valley who’s willing to take on challenges like this.

The interior of the piece was lined with quartered white maple and the legs were black walnut. As an afterthought, the left most compartment was retro fitted with drawers for the client’s silver service.

Finishing this piece took a lot of patience because I used an aniline dye which revealed the wood’s beautiful grain pattern, but dried almost instantly. The challenge was to blend each stroke with the previous one for a consistent appearance. Often it was necessary to lightly sand some areas and darken others to create a consistent look. On one occasion, I stripped the entire top out of frustration because it looked too “touched-up.” Sometimes it’s just better to bite the bullet and redo an entire surface, and then move on. Then the top coats of clear lacquer were applied to all sides.

After living with this piece and two pairs of nightstands in my shop for several months, it was time to make a delivery to the Hamptons. I became concerned as to how the console would be received because so much time had passed since the client had seen my initial sample. So when it came time to unveil this 10 foot leviathan, I hesitantly pulled the brown paper off and showed Penny one of the doors. She was duly impressed. And when the client came back from lunch and saw the entire piece, she too was openly impressed. Their compliments lifted my spirits and made the four hour drive home a little easier.