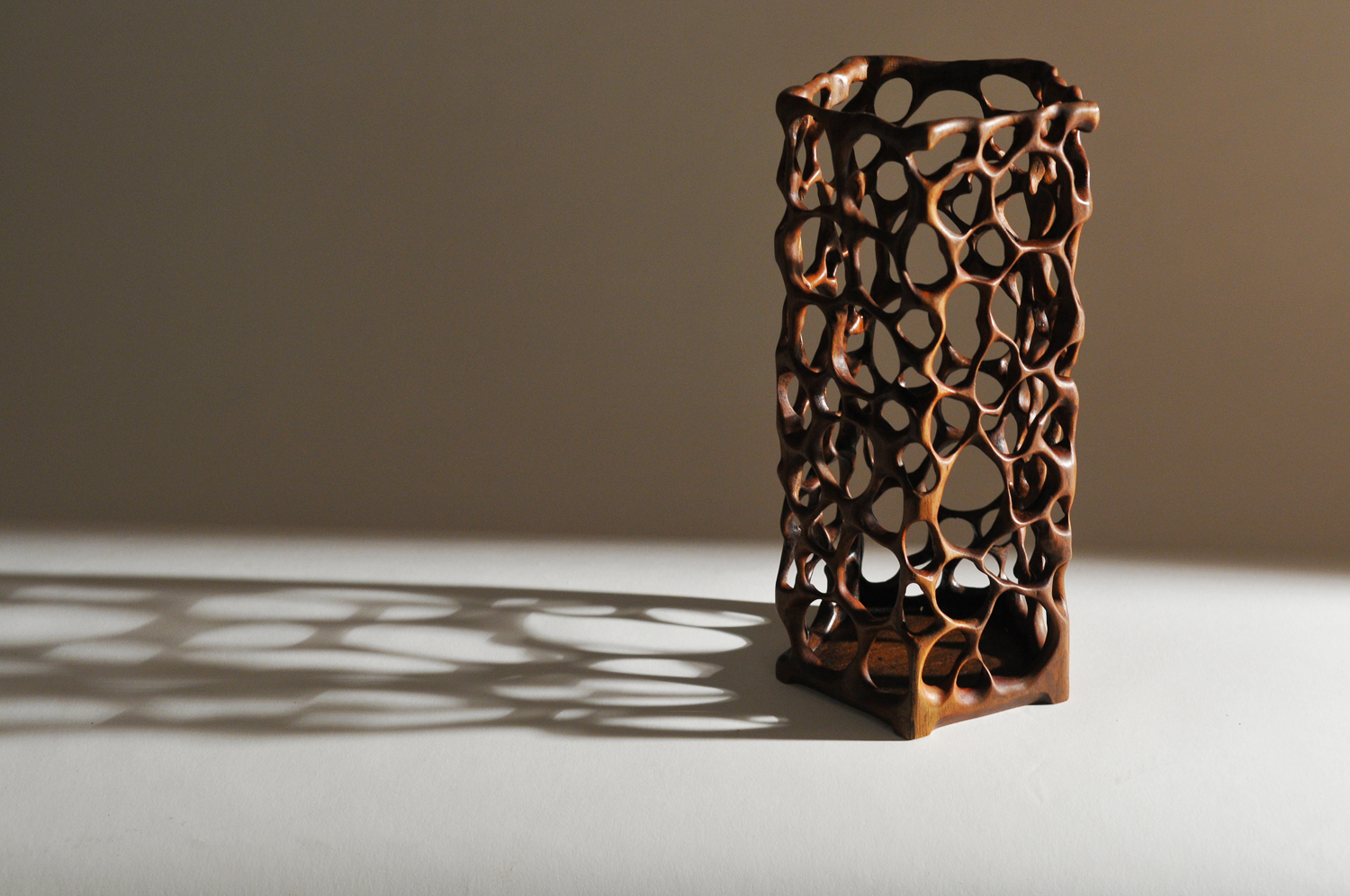 This little black walnut vase was the start of something new.

As I began tossing this piece around in my mind, I wanted to create a vase-like object that was a bit out of the ordinary. Four sides wouldn’t do,…. three was no good, and six was too many. So I settled on five. I wanted to see how the wood would react to my “hole drilling strategy,” so I didn’t want to make the vase too large if the process became too cumbersome. As it turned out, this vase stands 11 inches tall and took more than 50 hours to complete. I chose black walnut, a favorite of mine, because of its tight grain and deep luster when finished.

The five side panels came from the same piece of wood and were mitered on the edges. One might think that the next step involved gluing the piece together. But in fact, it was the last one.

In order to create the holes, each panel had to be “drilled out” on my drill press using various size bits. Once created, I sat down with a carbide tipped dremel tool and began to sculpt the center sections of each panel. Mindfully staying away from the edges which would be my glue joints. Then switching to a small drum sander on the dremel to refine the openings. Both tools removed a lot of wood and the sides began to develop some character fairly quickly.

Once I had done all that I could with these tools, the sides and the base were glued together.

Then, the dremel came back out and holes were created along the joints. Enough to soften the connections, but not so many as to weaken the piece. It was a delicate balance.

The most time consuming task involved hand sanding the vase with thin strips of emory cloth. The assembled piece was gently held between my knees as I went back and forth smoothing each surface. It took hours to do one small area, but the finely sanded surface readily accepted my salad bowl oil and created a satiny finish. I think it was worth the effort and my sister certainly appreciated the gift I made her.