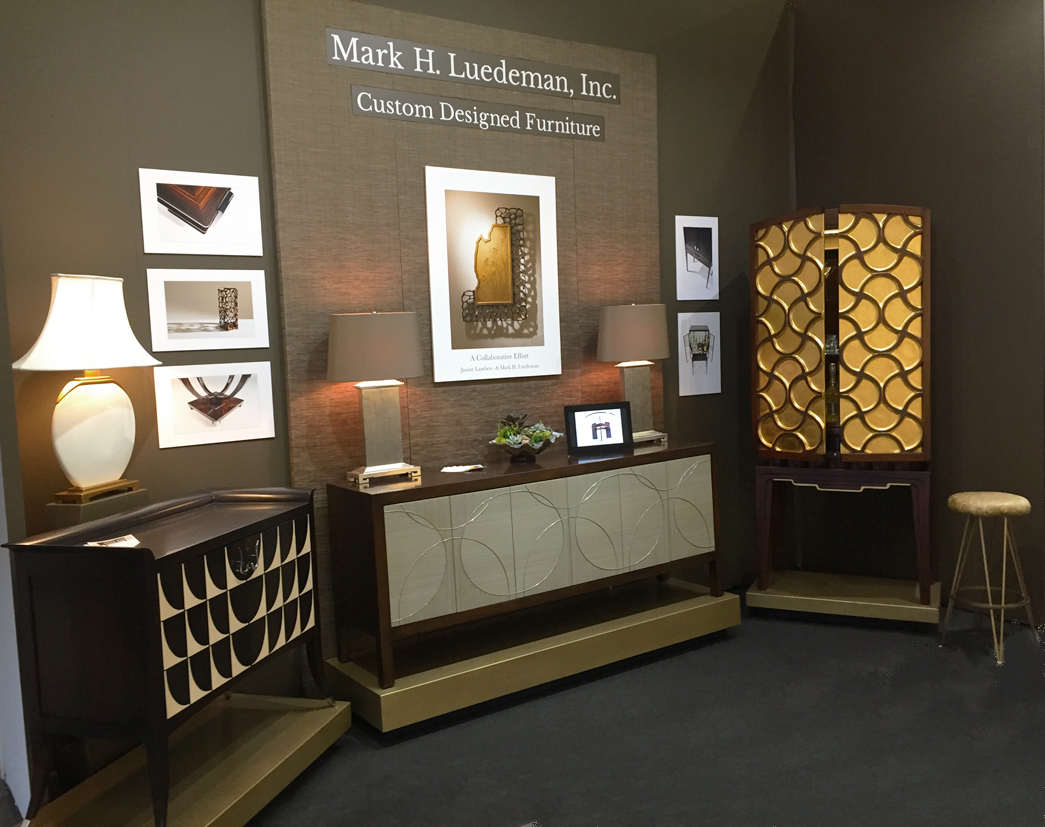 So, the Architectural Digest Design Show Addesignshow.com has come and gone. It’s hard to believe that I spent so many months preparing and now it’s just a memory. A nice one though.

To back track a little, it almost didn’t happen for me. When I began the application process in November, thinking I was well ahead of schedule, I didn’t realize that every space was already taken. Applications for the 2018 show began rolling in as soon as the previous show wrapped up in March 2017. Yet, it was through a bit of persistence on my part and the diligence of the AD Design co-ordinator, that I eventually found out in early December that my work would be shown for the very first time at the 2018 Architectural Digest Design Show. Not only was I in, but was blessed with receiving a prime location where hundreds would pass by my space each day.

I met plenty of people, both design professionals and interested homeowners looking for inspiration. Some of our interactions were brief, and others protracted, like old friends catching up. And of course, many supportive friends came to see me and everyone else. But a big shout-out goes those who helped refine my thoughts as I prepared my space, selected my color scheme and chose my furniture. Being a first timer, doing the “actual show” was the most concerning aspect of this adventure. I didn’t know what to expect, yet my friends willingly shared their insights and it helped calm me down. A big Thank You!

Everything I brought received a lot of attention, as did the photos I hung on the wall. My intent was to show pieces that were technically accomplished, yet appealing and readily accepted. Granted, my gold leaf bar was a bit over the top, but then again, the Architectural Digest Design Show is kinda like a fashion show for furniture. One needs to be a little daring and outrageous!

Not to be boastful though, I easily received over a hundred compliments with the most common accolade being, “It’s gorgeous.” These words came from both designers as well as the general public. Having worked in the city for so many years, New Yorkers aren’t afraid to say what they are thinking. I took their words to be sincere and it was very validating.

Where Do I Go From Here?

I’m already thinking about the next show, but realize that it took me two years to prepare for this one. The next collection will be radically different; Something along the lines of the Jetsons. Best take a peek at Eero Saarinen or Santiago Calatrava to know where I’m heading. I’ll be back in 2020 and ready to WOW everyone!